Finally, an Update! Check out the "new" links!

So it was a horrifyingly scorching summer, especially since I took a trip to the Philippines and nearly died from mosquito bites and humidity. As I write this, the weather is beginning to cool down and I hope it sticks. This current cloudy, windy, rainy weather makes me want to sit down and watch some old shows which I currently don't have too much time to do because of schoolwork.

My favorite anime series is "Cyberteam in Akihabara". I didn't watch it during it's original release, rather, I discovered it by accident while hanging out with some friends at a local anime shop. I adore this series because of it's great use of idiotic characters, serious plot-lines, and weird esoteric plot. Also, the character designs are a lot of fun too. The designs are what come to mind for me when I think back to 1990's anime. 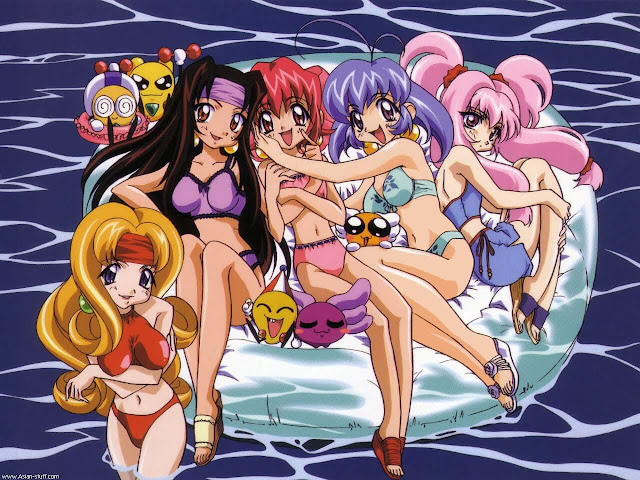 If I'm not mistaken, the same character designers/creators also worked on the "Saber Marionette J" (SMJ). I watched SMJ with my friends on VHS, and it holds a special place in my heart even if the plot makes no sense to me. Also, I'm grateful for the creation of the character Bloodberry, who is definitely the least annoying of the Marrionette's on the show. Now, as we all know my favorite anime character is Sasami, from "Tenchi Muyo!", but Bloodberry comes pretty close too funny enough. I guess we can't explain why certain characters 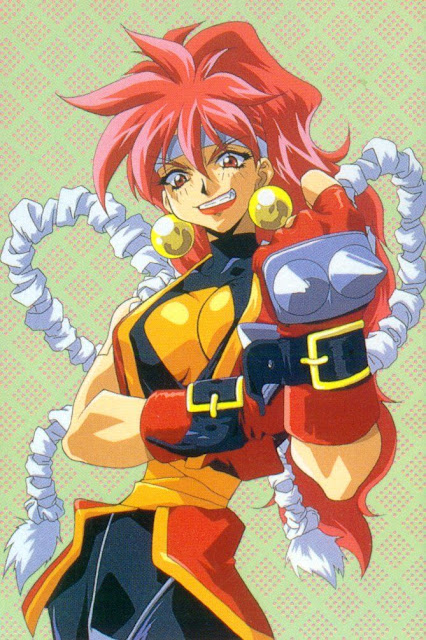 I like Bloodberry so much that I recently found some and touched up an old fan-made wallpaper of her. 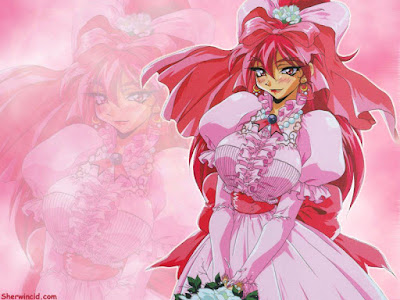 My edit: I tried to make the colors more vibrant. I think it came out pretty good. 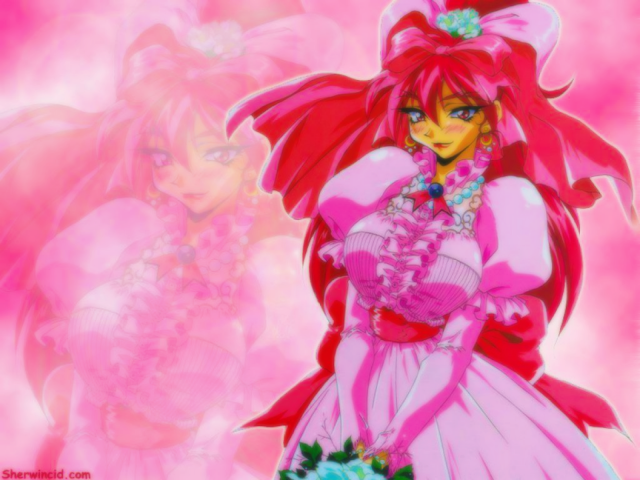 Well, in any case, that's more or less what I've been up to. Just reminiscing about shows that meant something to me. I really need to look into making time to re-watch these shows, even if I am working on my final thesis!

In other news, I've added links for everyone to explore. Most of them are just ancient anime websites, but a couple of them are still being updated. I really want to spotlight that lost internet culture of fansite building; there isn't enough of it these days.

Until next time!
Posted by Reverend Guimo at 8:33 PM 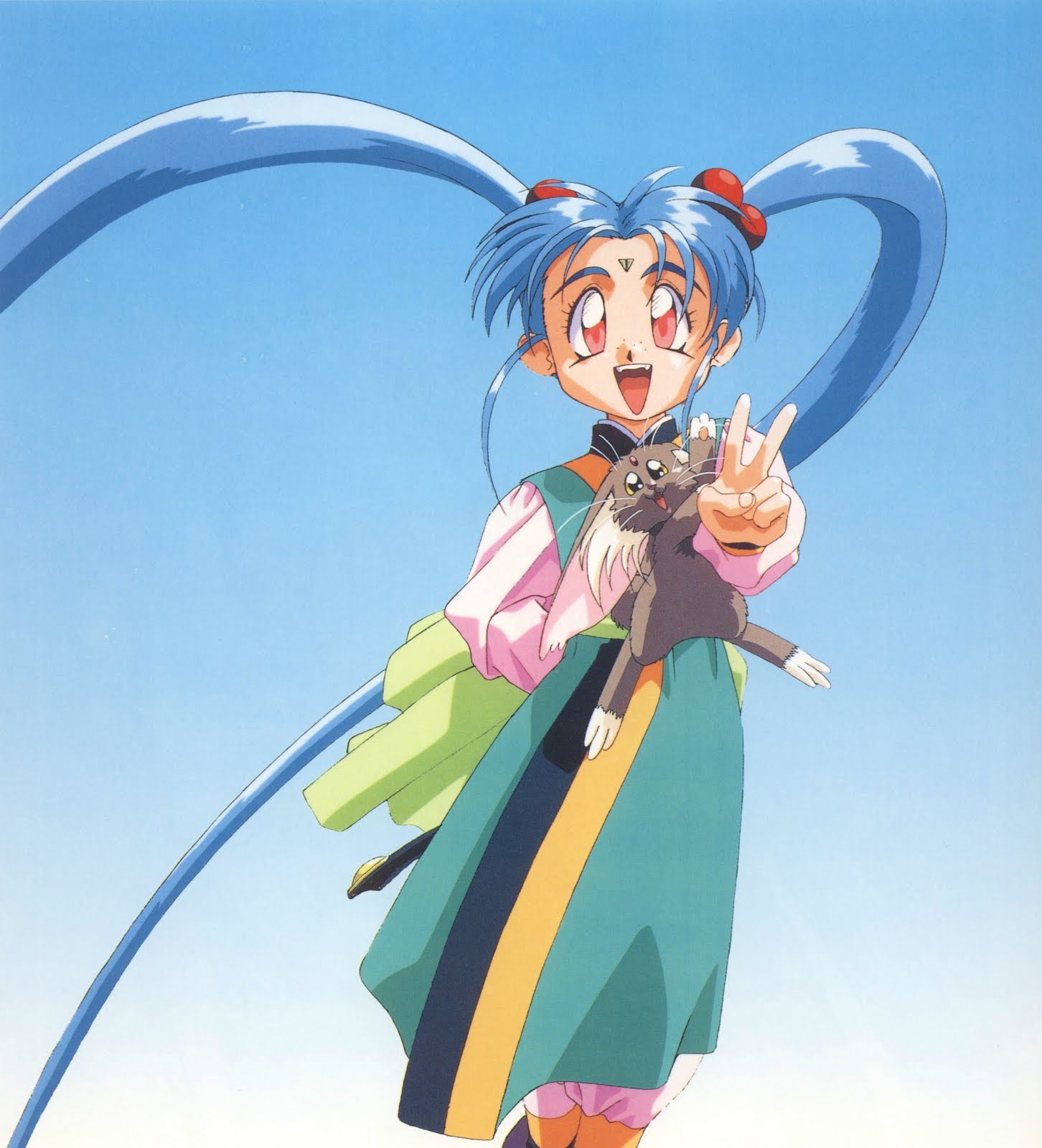